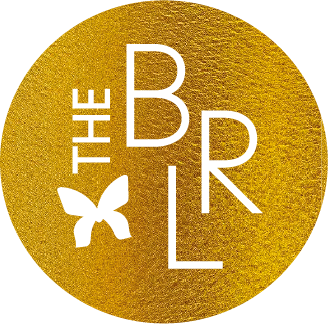 H is for Histamine Sensitivity (not Intolerance) 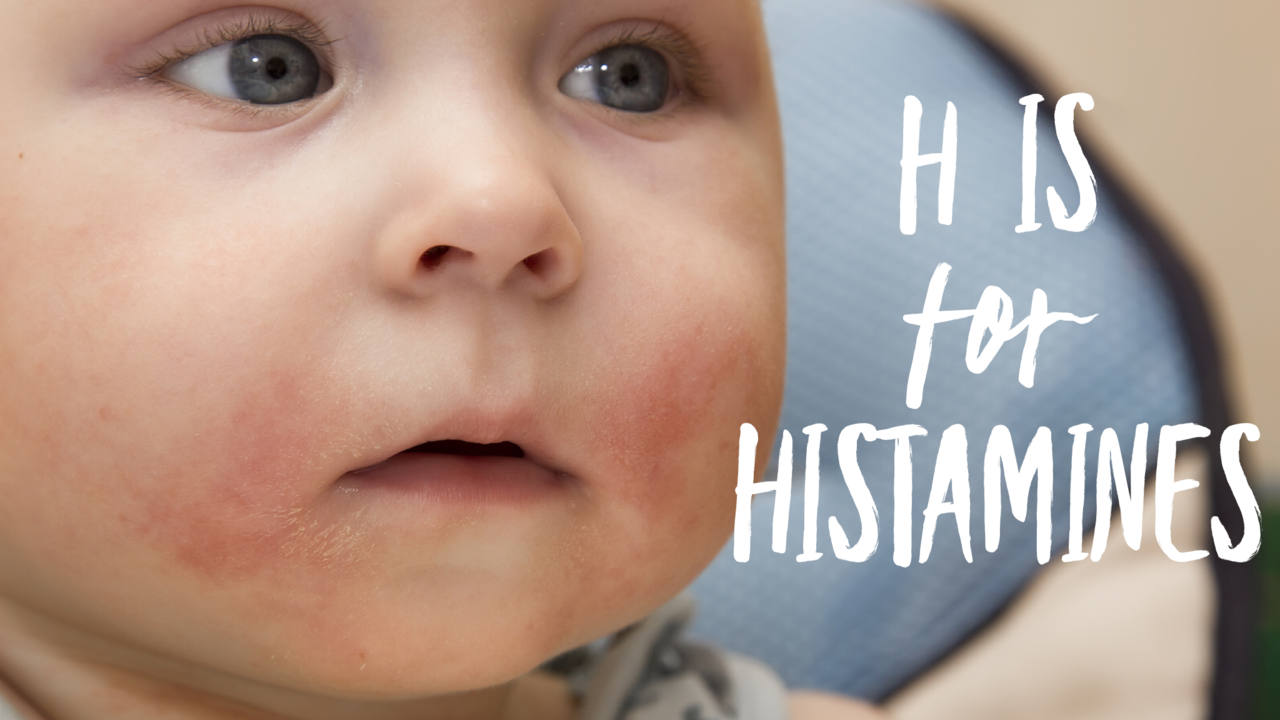 Histamines. Something we are starting to hear more and more about in relation to reflux.

When I spoke to my local friendly pharmacist, he too was extremely confused, and just put it down to a lack of full understanding of the case history of the child. I wasn't content to just stop. I had to understand what was going on.

In all the cases of anti-histamines being prescribed for babies with reflux, I have found that the common issue seems to be that the traditional reflux medications (gaviscon, ranitidine, omeprazole, etc) have not worked to resolve their reflux, and in many cases the children have developed more allergy symptoms (for example eczema, skin irritations, congestion, runny nose, sneezing, watery eyes).

I want to take a step back and work through some of the basics with you.

Histamines are neurotransmitters, essentially they are chemical messengers in our body. They are vital for the basic function of our body.

These functions include (and are not limited to) 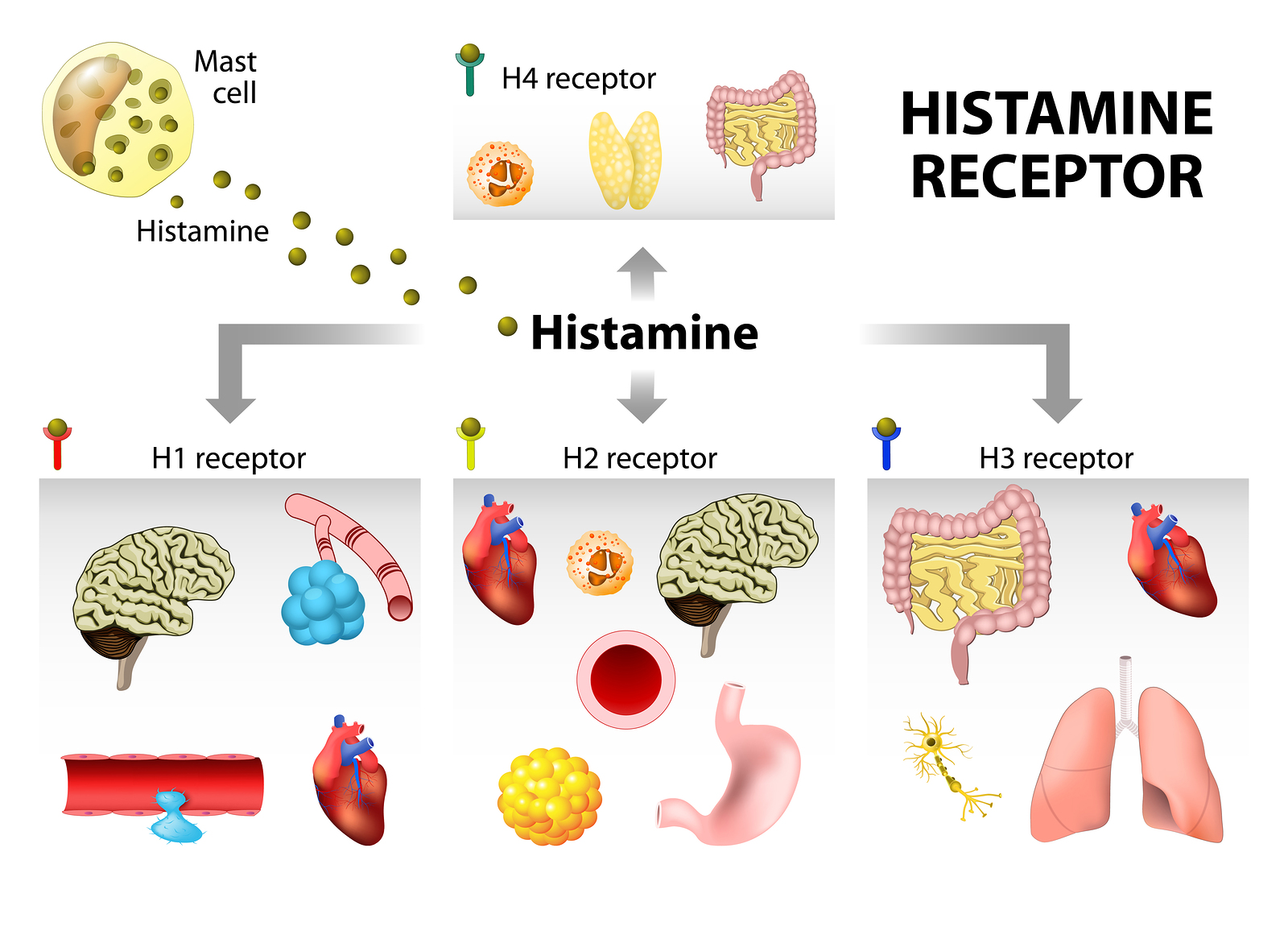 In the game of reflux, when histamine H2 receptors are activated, they trigger the production of stomach acid and promote vasodilation (widening of blood vessels to increase blood flow).

Histamines are broken down by diamine oxidase (DAO), an enzyme.

Most of us are aware of hay fever, and the use of anti-histamine medications (such as piraton) to ease the symptoms.

We know that the primary symptoms of hay fever (as a seasonal allergy to pollen) typically are watery or itchy eyes, runny nose, sneezing and skin irritations. However we also know that anti-histamines can help ease the symtpoms of insect bites like mosquitos.

In the case of allergies, the body has encountered a substance that it perceives as a threat. The result is that it produces high amounts of histamine to trigger these allergic responses. The high level of histamine in the body causes the body to secrete mucous in the nasal passages which then trigger sneezing, coughing etc. This is designed so that the pollen gets trapped in the mucous and then quickly escorted out of the body. The watery eyes protects the eyes from the perceived threat and again, washes the threat out.

What is Histamine Sensitivity?

What is true, is that our bodies have a threshold level of histamine that we can tolerate.

There is a fixed rate at which the jar contents can leave the jar - determined by the size of the tap. This relates to the level of DAO enzyme that is able to function at any one time. Each of us has a set level of this. 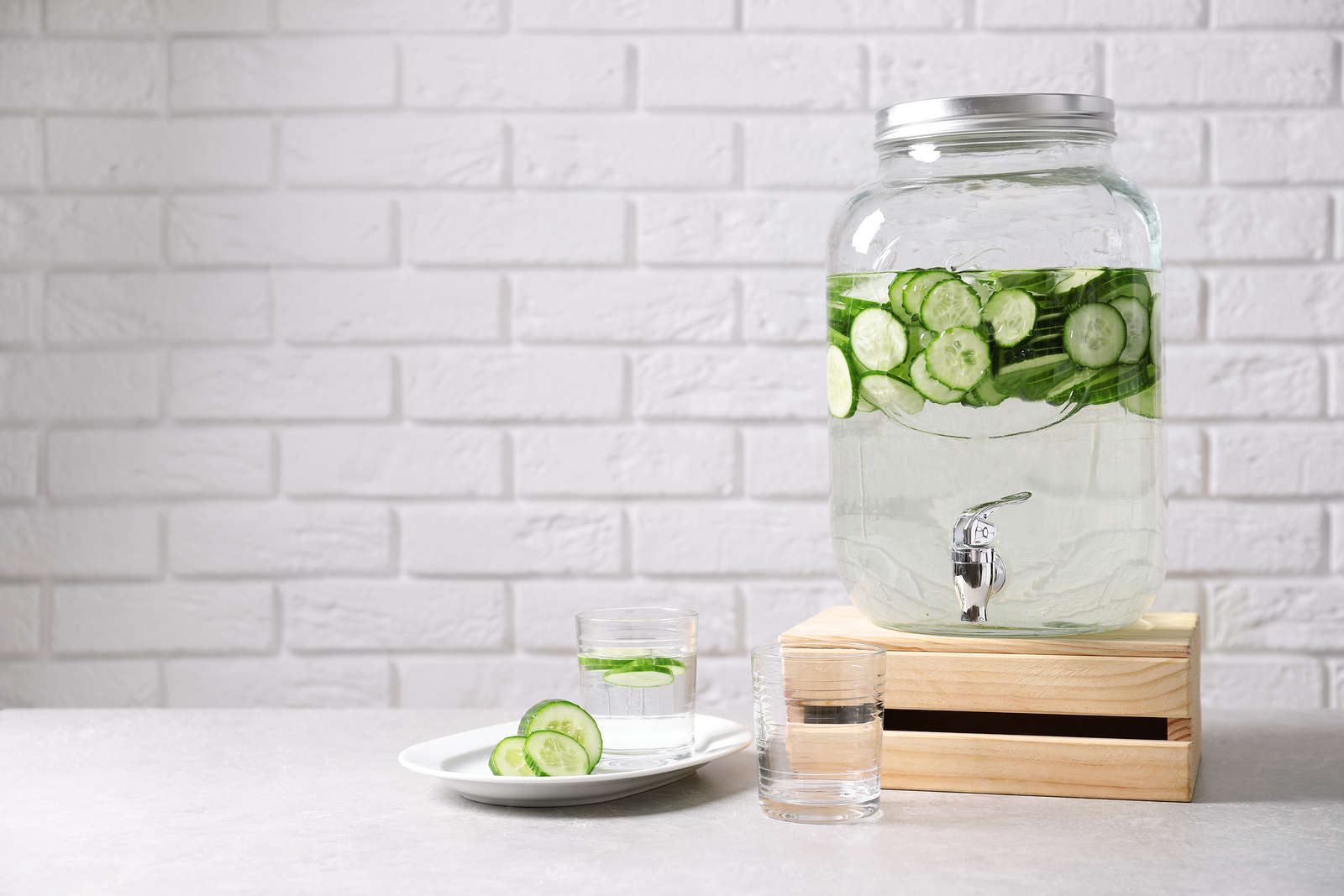 When the rate of water / histamine being added is constantly greater than the flow from the tap. This increases the level of histamine in the body.

Problems arise when the jar is full, and the histamine level continues to increase. In the case of this jar, it will overflow. The corresponding response in the body are those allergy reactions.

Doctors treat the allergy reactions with anti-histamines. Drugs that bind to the histamine preventing it from interacting with any of the histamine receptors.

Histamine-2 receptor antagonist drugs (like ranitidine) block the histamine receptor and do nothing for the level of histamine in the body.

Essentially, it is when our body is sensitive to the level of histamine - when the level is hovering around the "full" level of the jar, so that any addition will cause it to overflow.

Where Does Histamine Come From?

Histamine gets into our blood stream from multiple sources:

There are two primary GAS medications used in the treatment of reflux, and both increase the level of histamine in the body:

Firstly, H2RA medications do not act on histamine itself, rather they block the histamine H2 receptor. In turn, the parietal cells of the stomach do not secrete HCl (hydrochloric acid, which is the acid bit of stomach acid).

As a result, the stomach continues to recognise that pH (acid level) is not as desired for the digestion of food, and it produces more histamine in an attempt to get the acid flowing. There is n upper limit to the amount of histamine that the stomach can produce at any time, and once this is reached, no further histamine is released. However, this level is reached at every meal because the histamine moves through the stomach with the food contents and the cycle begins again.

The dose of medication being taken will determine how many histamine-2 receptors are being blocked, and so its role is to decrease the amount of stomach acid produced. Only in very high doses will it completely block the production of stomach acid (not it does not act on other gastric juices). As a result, histamine levels are increased, these will leave the stomach and get absorbed into the bloodstream via the intestines.

Secondly, the PPI medications. These do not act on histamine or histamine receptors at all. However, there is an indirect link.

Proton Pumps are cells in the stomach lining from which stomach acid is secreted. PPI medications acts to block these cells from producing stomach acid.

As in the case of H2RA medications, the stomach continues to produce histamine to try and trigger the production of stomach acid, hence raising the level of histamine in the body.

The net effect is that these medications cause the overall level of histamine in the body to be at a higher than normal level, and then food, inflammation and other triggers can cause the overflow to happen.

First we must get the histamine levels under control, then wean babies from their medications, allowing all injury and inflammation to resolve and heal, and then gradually rebuild baby's diet.

Depending on how long this goes on for, some babies can be completely normal in a few months, for others, where there is long term intestinal damage causing inflammation and SIBO, the recovery period is longer. However, given the right support, I believe that our bodies are capable of incredible things. With the right support.

In the Reflux Free Baby Food course you will find a specific class on histamine sensitivity, and how to properly figure out if this is an issue, along with baby-safe low histamine foods and the process to follow to change how your baby's body is reacting to these foods. It's the starting place.

Aine works with babies who have ongoing challenges including histamine sensitivities to resolve issues and getting families back the freedom to create and live the life they deserve and dream of.

For opportunities to work with Aine, visit her bookings page here.

For more information on the foods that support babies with sensitive digestive systems, visit the Food for Babies with Reflux page. 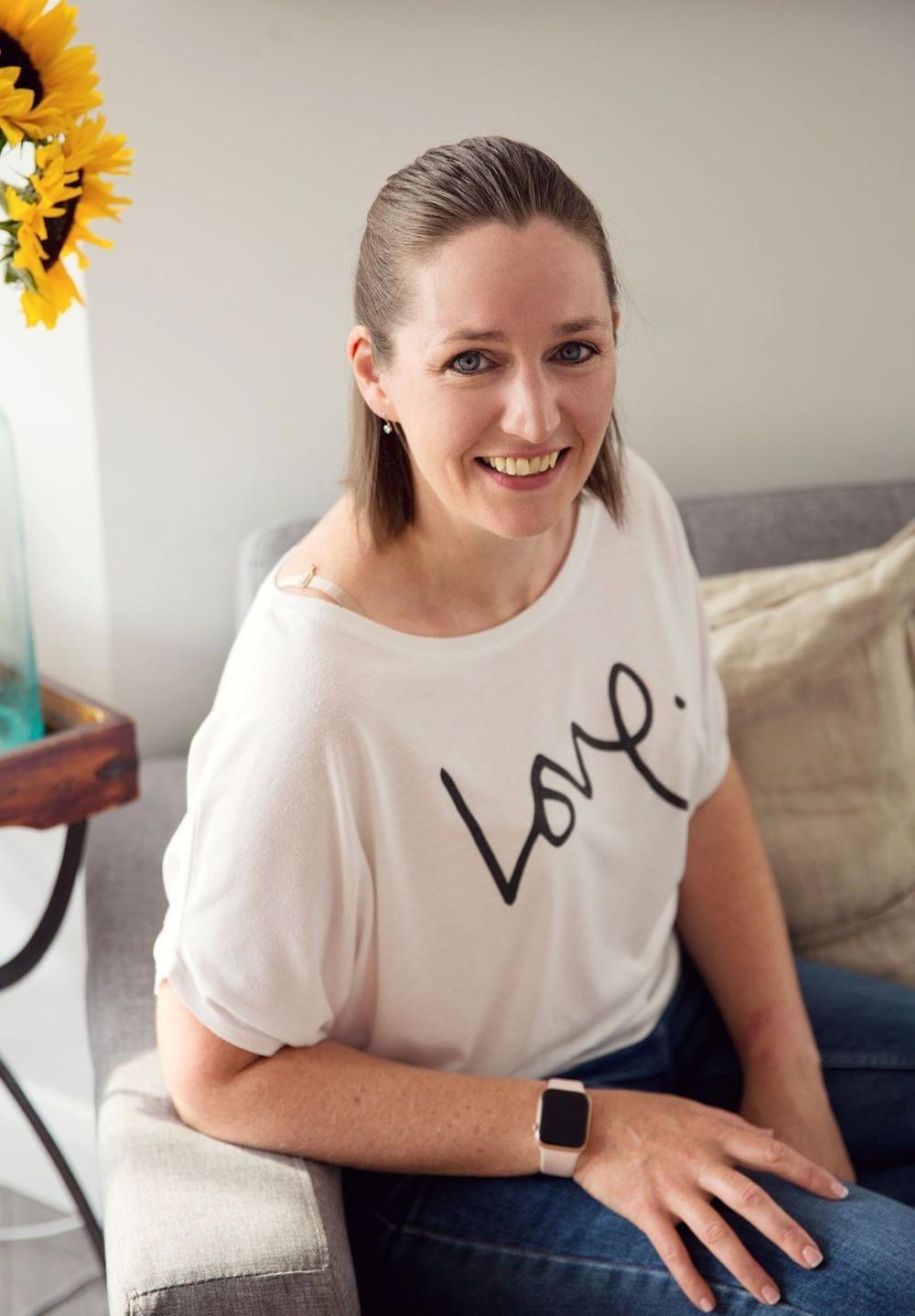 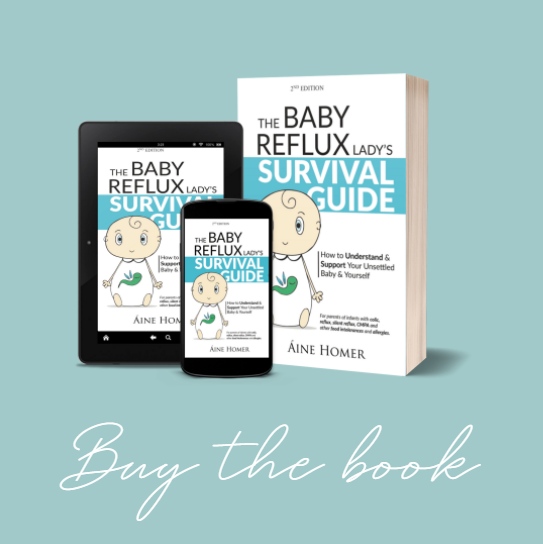 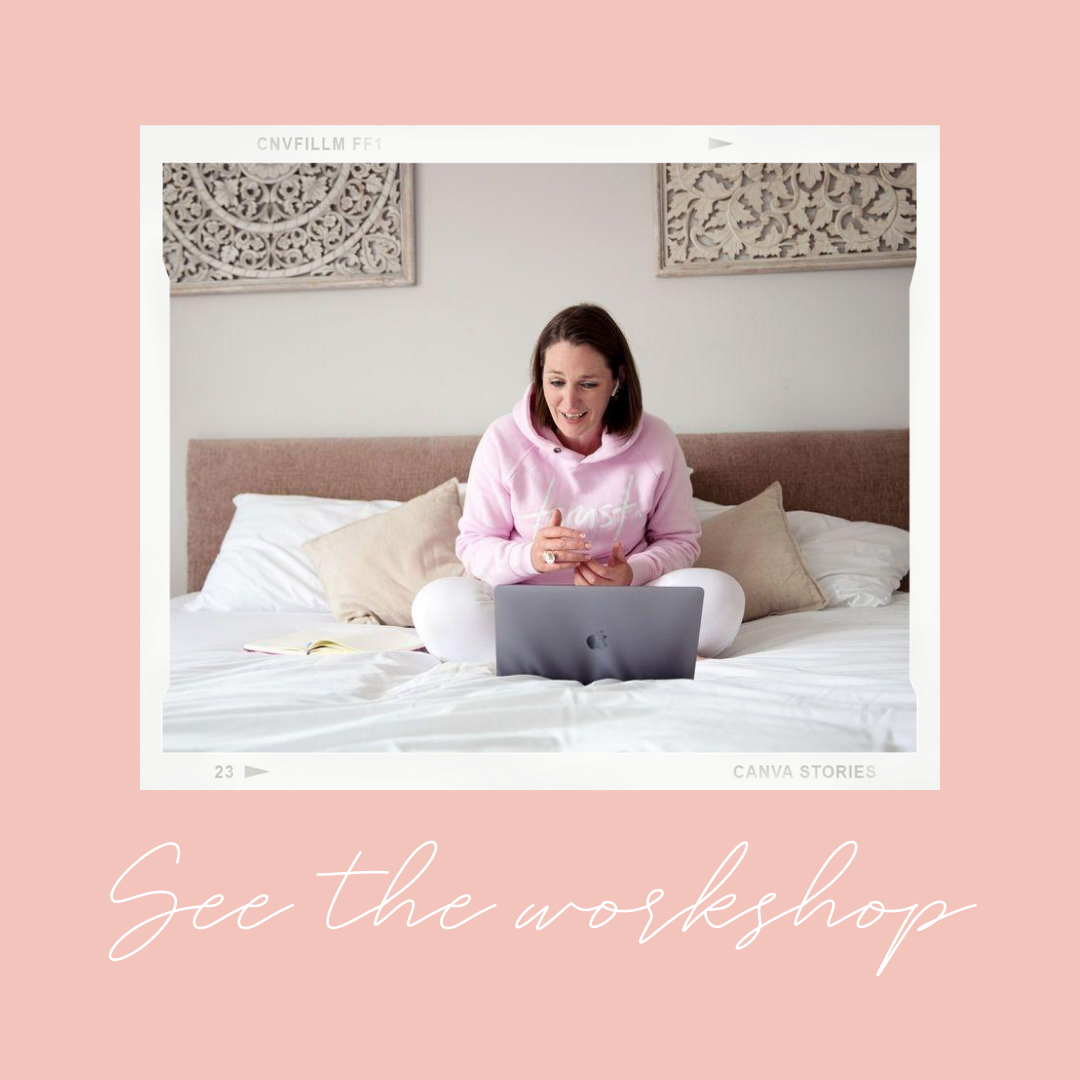